FieldPulse has been helpful with our growing pains, letting us easily manage and keep track of our work. 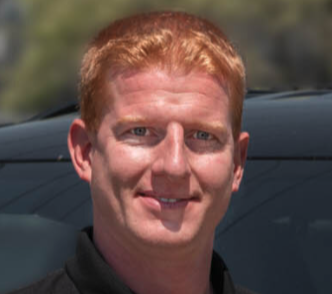 Stewart Electrical Contracting opened its doors in 1981. Since then they have grown from a three-man company to 16 employees. And they show no signs of slowing down. In the last 3 years they have increased sales 200% each year.

Before using FieldPulse, the Stewart team was primarily using text messages between team members and tracking time on a piece of paper. This strategy became unworkable after their company continued to grow and add new employees. They needed to keep everything in one place, attribute labor to each project, and keep an eye on their margins.

They needed a partner to help them as they grew, alleviating any initial growing pains that comes with swift acceleration.

Colby Bruce, Operations Manager, says “FieldPulse has been helpful with our growing pains, letting us easily manage and keep track of our work."

When Stewart Electrical started looking for field service management software, their original goal was to find an app to help with time tracking and timesheets. They chose FieldPulse because it was easy to use and flexible.

After they began using FieldPulse, they realised that if they’re using the app to track timesheets, they may as well track their jobs and projects too.

Stewart Electrical has tried other softwares for their business, but found they had a lot of extra features they didn't need.

They also found the other softwares didn’t have time tracking that was as good as FieldPulse’s. Tech’s weren't able to adjust their own time and the systems were too limiting for the flexibility they needed. FieldPulse’s time tracking software had the right features and flexibility for their business.

Stewart Electrical is excited to continue using FieldPulse in the New Year, especially seeing the new and improved timesheets features coming out soon.

Upgrade your trade with everything you need in one place.